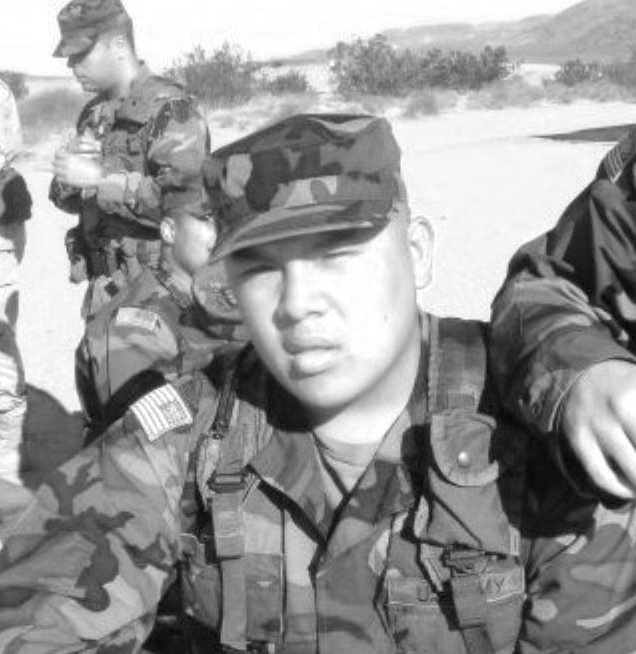 Motivated by the horrific attacks of 9/11, Private First Class Lu made the honorable decision to defend his nation. We commend him for his bravery and service.

2. What branch of the armed forces did you serve
US ARMY

3. What was your rank?
Private First Class

5. What motivated you to join?
I joined after 9/11 because I wanted to serve my country.

6. Tell me about your boot-camp experience?
Bootcamp was fun. I celebrated my 18th birthday while in boot camp.

7. How did you get through it?
I got through boot camp because I knew that it was the only way for me to support my family and make something of myself.

8. Where did you serve the majority of the time in the service?
I served most of my time at Ft. Irwin, CA also known as NTC ( National Training Center)

9. Tell me about some special people you met while serving?
I met a lot of good people. Sergeant First Class Rocky Jones was one of my best friends. He was old, bitter but a good guy who taught me a lot. I also met Master Sergeant Cruz who was a Master Mason. I didn’t realize till later in life how many Masons there were in the ARMY.

11. Tell me a funny story you experienced that could only happen in the military.
I got caught smuggling in mini snickers during boot camp. I wrote my dad a letter and told him to buy a Costco sized bag of Halls. We were permitted cough drops but not candy. Then I told him to buy mini snickers, open the halls bag and mix them in and bury them underneath the halls. During mail call, my package arrived and my Company Commander was present. She said she wanted to see what I got. I opened up the bag of halls and nothing was suspected. She then asked to see the letter I got….and my dad wrote, Dear Son, hope all is well. I did what you said and the bag has tons of mini snickers. Hope you don’t get caught. Love Dad. Well, the jig was up. I got caught. I had to run around the barracks with a rifle over my head yelling I will not Smuggle Candy….I did this for 30 minutes until my legs gave out….and to this day, I have never smuggled snickers ever again…

12. What did you get out of the military?
I got discipline and the foundations of making myself into a better man.

13. Best and worse food you ate?
Best food I ate? Jambalaya MRE. Something about that Jambalaya got me hooked. Worst food? Captain Chicken MRE. I’m 100% positive it wasn’t chicken.

14. What did you go on to do as a career post- service?
I got out of the Service and now I am an Operations Manager with a private oil company.

15. Would you do it again?
I would definitely do it again. I think it was a great experience and made me into a better person.

16. What do you enjoy doing on your spare time?
I enjoy spending time with my family and I like hanging out with friends and family. I also like to hike.

17. What does the American flag mean to you?
The American Flag is a symbol of Hope, Freedom, and the American Dream. Hope because as a country, we have overcome all obstacles. Freedom because we are allowed to be whatever we want in this county. The American Dream, because anyone can come here, enjoy freedom and democracy and choose their own life.